What Is a DAC: All About Digital Analog Converters

As a sound engineer new to the industry or sound enthusiast, you may be wondering, what is a DAC? Every recording and audio processing set uses one but, what is it suitable for? Why is it such a necessary piece of equipment?

Here we’ll learn how the DAC came to be a fundamental piece of machinery and what exactly it does to sound.

What Is a DAC: All About The Digital Audio Converter

The DAC, also known as the digital to analog converter, converts digital audio from basic data into usable acoustic sound. Through the process, it increases the quality of the converted data. It then allows for amplifiers to transmit the electric signal into the sound waves that we hear.

Sound engineering has come a long way since engineers asked the question, what is a DAC. Like many other pieces of equipment, the DAC has had a few different generations and evolutions. When sound became more prominently digital, sound engineers needed a way to transmit the data.

Digital to analog converters are in a wide variety of sound applications. Sound engineers use them in wireless local area networks, high definition television, and digital signal synthesizers.

Concerning wireless transmission, DACs are slightly limited in comparison to the photonic components of a fiberoptic cable. 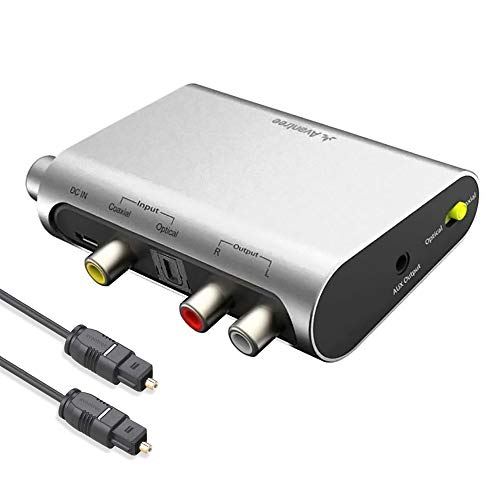 Modern DACs are unrivaled in high-speed digital conversion. Sound engineers use DACs in conjunction with ADCs, which are analog to digital converters. These allow analog signals to then convert into digital data.

DACs can convert up to the range of gigahertz. Sound engineers favor DACs referred to as R2R inverters for use in sensors, instrumentation, and digital waveform generation

Music producers use DACs in music production. ADCs pick up the sound waves at a specified Hertz range. This data then transmits into a computer or dashboard. The music then converts back into analog data that then plays through the speakers.

The process increases quality through coding and decoding. DACs generate a radioed frequency; when playing the music, the speakers read this frequency. The frequency adds to the output according to the digital input word — the digital coding developed by the ADC.

Now that we understand what is a DAC and how it affects the signal transmission, let’s break down the full process. It breaks down into three stages.

Every sound setup uses this process when recording. When you play an instrument or speak into a microphone, waves are picked up and then converted into electrical signals. The cord that runs out of the receiver carries this signal into the interface.

A digital data word develops from this electrical signal. The analog to digital converter completes this process and puts the digital file in storage. This is a low power process and is essential for audio storage.

This process is also done wirelessly, like in headsets and gaming headphones. In these devices, the sound converts into digital data. Then it transmits to the interface wirelessly.

After the data transmits, it stores in coding. This receiver to transmitter chain includes components such as antenna and power supply. This chain is also known as a radio system.

This coding reads as ones and zeros, which is referred to as digital coding. This coding alone cannot produce a sound, so it goes through a decoding process. In the decoding process, a digital to audio converter reads the coded data. The DAC converts the data stream back into electrical signals.

The sound then travels into an amplifier and plays on speakers. Without the preamplifier, the sound would be noisy and distorted.

Through the process of coding and decoding, the quality of the sound increases. The sound could transfer without these instruments, but the sound would then distort. The noise it produces sounds like static. If you dont know what that sounds like, you can hear it through any unused radio station.

If you imagine the pathway the signal travels through when converted by the DAC, it looks like a step ladder. This is what sound engineers call the architecture of the DAC. One of these is called a resistor ladder architecture. This DAC utilizes a three-bit system and consists of an R and 2R resistor.

Another type of DAC architecture is called a resistor string architecture. This is the simplest topology of what is a DAC. This structure results in accurate readings and is inherently monotonic or “varies in such a way that it either never decreases or never increases.” This is as defined by the Oxford Dictionary.

Why use a DAC

Digital analog converters are necessary to convert digital data to electrical signals. They play a part in a system that stores sound data and transmits it to your speakers.

Investing in a DAC is necessary if you plan to house a sound setup of your own. Sound engineers have crafted this device out of the necessity of digital data conversion. So that people like you can pick up the craft.

The evolution of the system never ceases, and neither should you.

That’s the DAC. With this knowledge, you should better understand what is a DAC and what it does to sound. The DAC is an integral part of any sound setup and is required for good quality in music and sound transmission. We hope that you understand these conversion processes better.

Did we answer the question, what is a DAC? Let us know in the comments below!

This site uses Akismet to reduce spam. Learn how your comment data is processed.

The appropriate research can do wonders if done properly. We are here to help you and save your time and money at the same time.

In our website you will see our personal recommendations based on our knowledge and extensive research. What we base our rating using the product details and customer feedback.